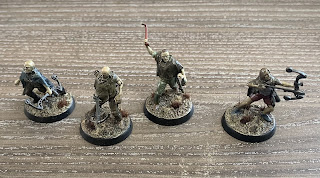 Almost 6 (six goddamn years!) ago I built some Whisperers for my zombie-apocalypse games - since their first appearance back then in The Walking Dead comic they've now been included in the TV show (which I've long since stopped watching due to general shittiness!). I decided recently to add some more stealthy killers to them, based on a later comic where they're shown using flaming arrows against a settlement (now ended!) comic series. 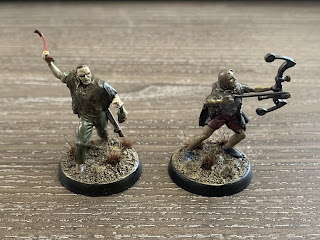 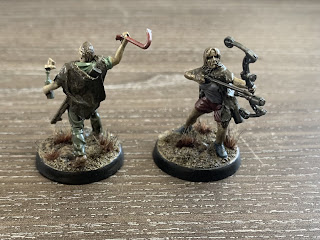 The tarp/cloak/poncho is meant to offer some protection from the elements as well as disguising the fact that they're armed. This combined with the zombie skin leather suits they create should allow them to blend in with the large herds of zeds. The cloaks are generally paper towel with PVA added. 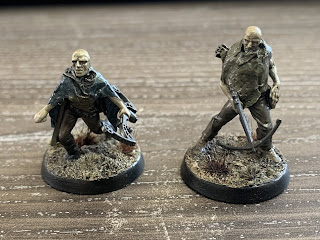 Here we have another recurve bow and a crossbow. 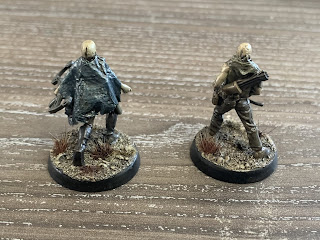 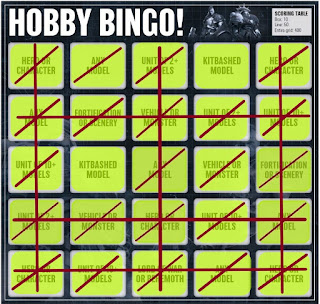 I'm using these to tick off both "Kitbashed Model" boxes... 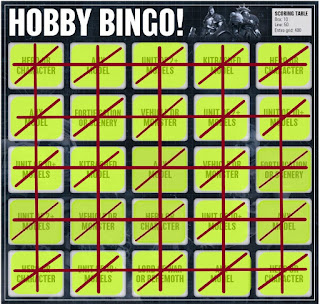 Which takes me to a full house! I can start a fresh bingo board! That leaves me at 1150pts so far this year!
Posted by Deserter at 16:20