Zomtober - workmen, prisoners and a tyrant! 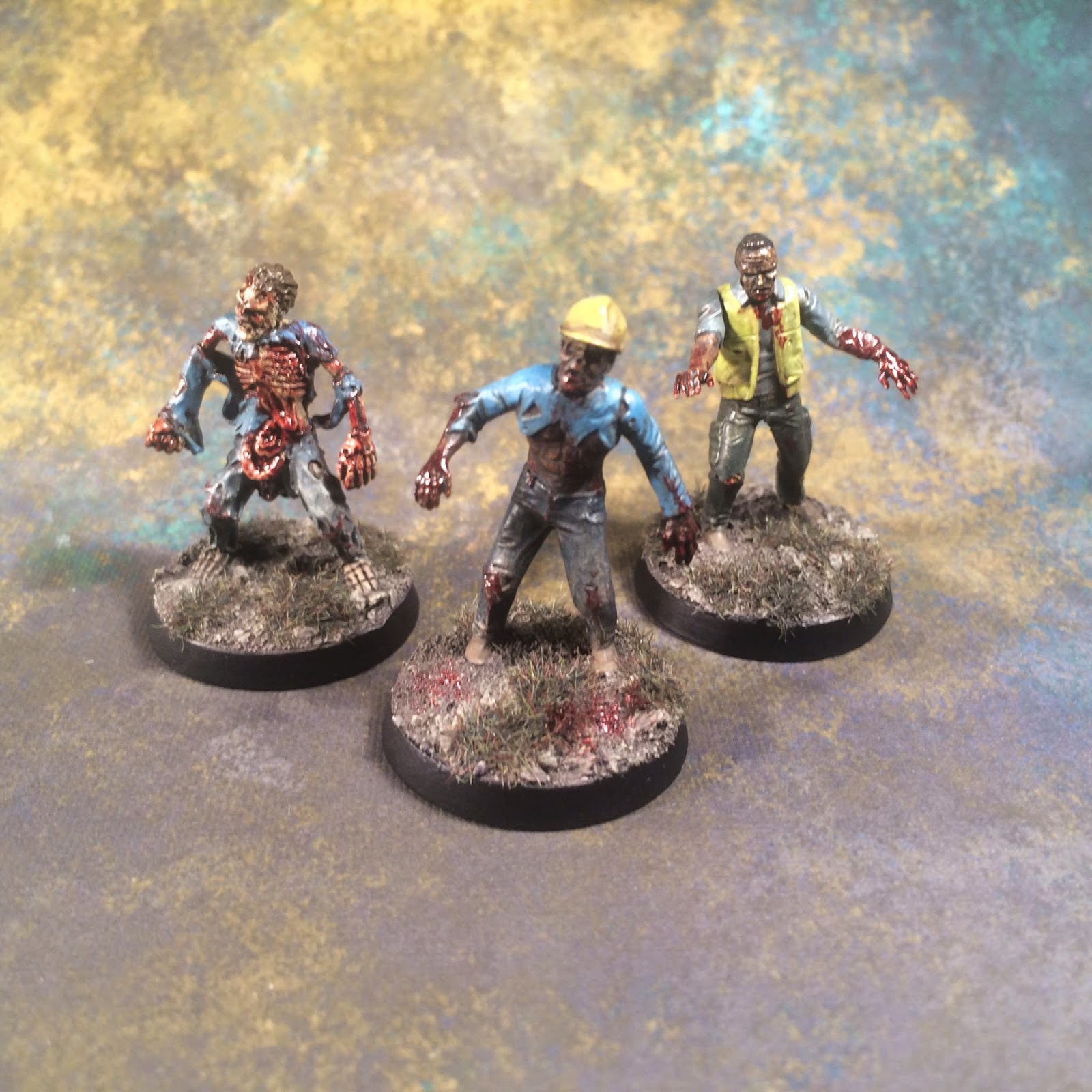 I'm a little late on this update (again!) - these figures were finished a week ago. I decided to go with a theme for some of the zombies I had left to finish (as I've done with the hunters from the last update and the prisoners from Zomtober 2013) and chose to paint a group of 6 of them as construction workers. 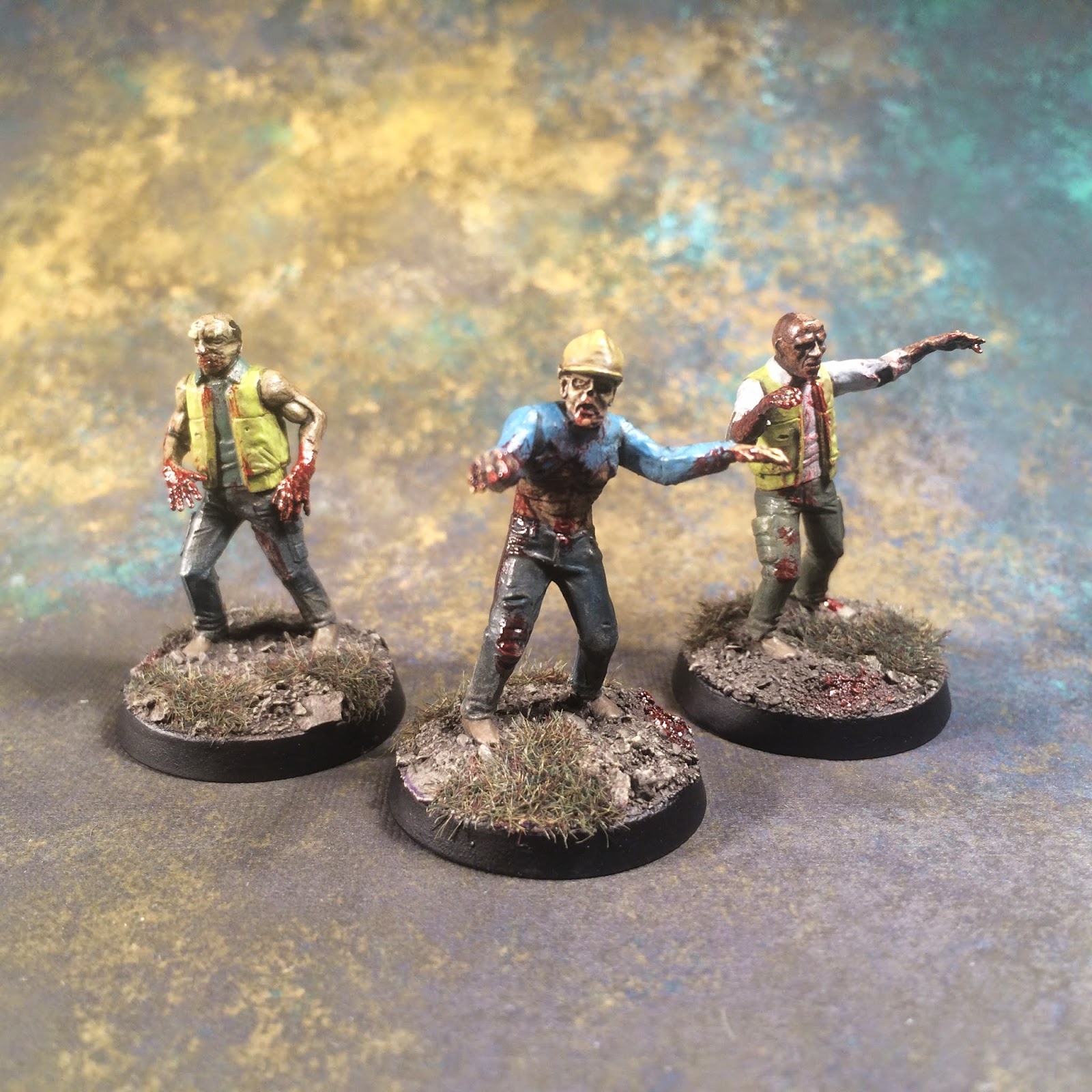 These zombies were already assembled and undercoated, so rather than select particular parts and assemble them as construction workers, I pulled out 6 that I thought would work well as workmen. A couple of the zombies I had remaining have the hardhat, so they fit this perfectly, plus I picked out a few that had the jacket on - I thought it'd work well painted as a hi-vis vest. I also found a metal zombie from Studio Miniatures, which I'd swapped the head of. 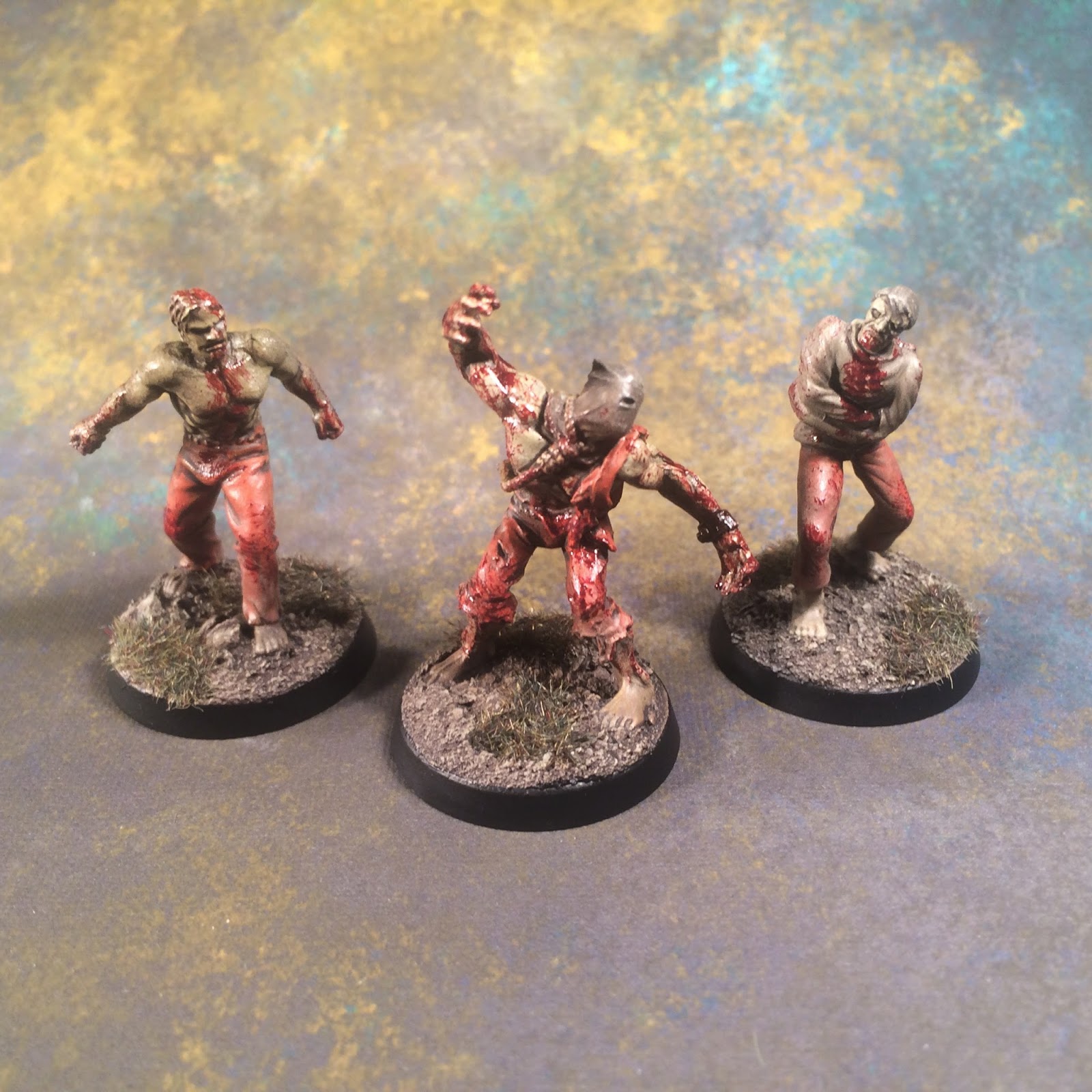 I also had these Horrorclix figures based up and thought they'd fit the prisoner theme quite nicely, so painted them to fit in with the prisoners from last year. 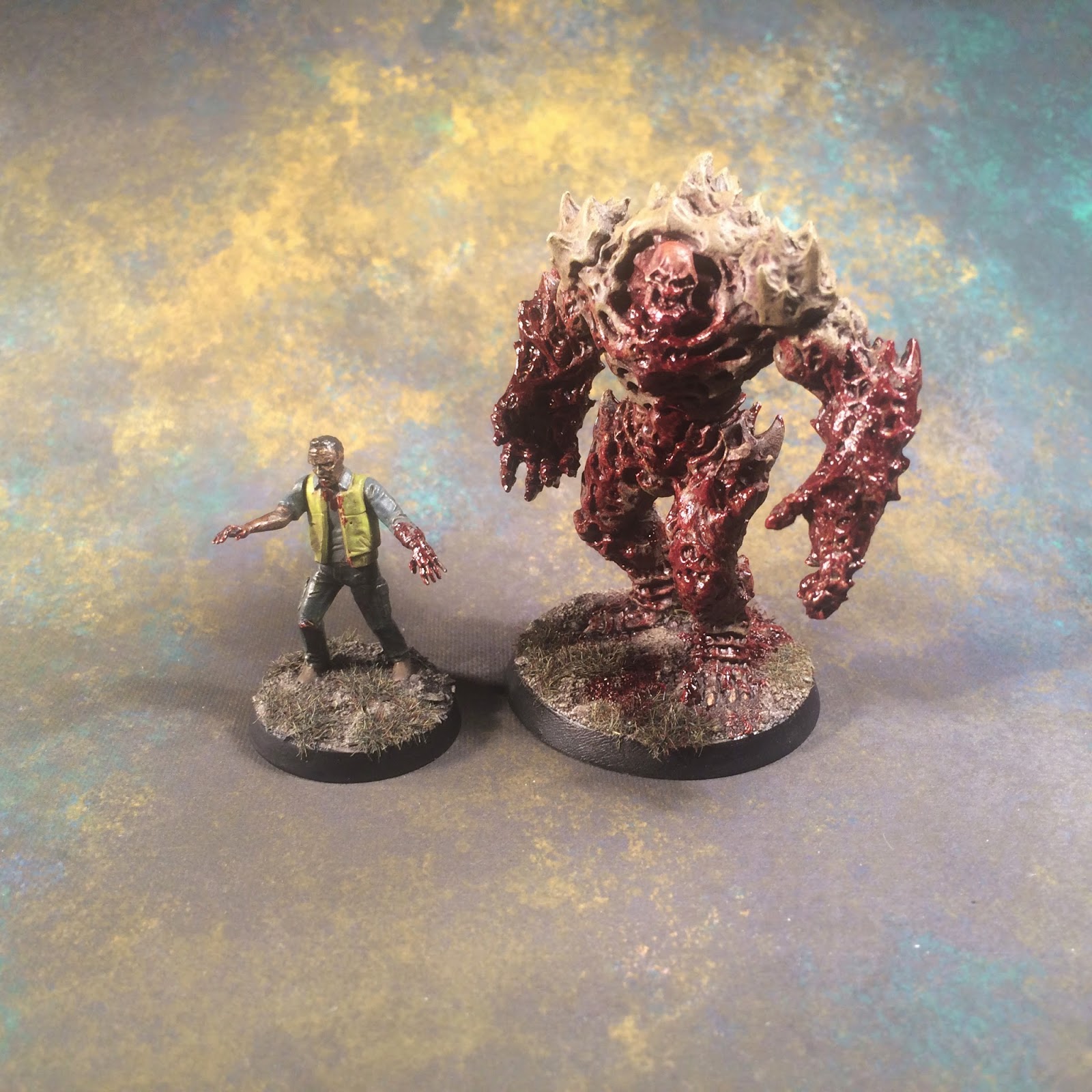 Finally, this beast! A Plague Stage 1 from Deadzone - I picked up this guy nice and cheap alongsider a character I wanted from Deadzone (The Survivor) and thought that he'd fit nicely as a sort of Resident Evil-style "End Boss" for my zomb-apoc games. There wasn't much to do with the paint job, so I gladly admit that I went overboard with the gore... Hah!

I'm getting close to the end of my unpainted zombie stuff now! I've been reading the most recent Walking Dead issues and I'm buzzing with ideas for a rival faction of survivors for my players to go up against! I'm off to the Fiasco wargames show on Sunday, where I'll be picking up a set of the Wargames Factory plastic male survivors to come up with some more organised groups of survivors - I currently have sort of "special characters", so some Walking Dead-style "normal survivors" will be good!
Posted by Deserter at 12:22